The latest news from Sterrehof stud

Looking back at our highlights during Sterrehof Stud’s 15th anniversary

In 2022, Sterrehof Stud celebrated its 15th anniversary. This period has brought us many unforgettable moments with the horses. At the end of the year we would like to look back at 15 highlights (in chronical order) that we have experienced during the period mentioned.

1.
Our dream to have one of our horses competing at the Olympic Games already became reality one year after the official opening of Sterrehof Stud. In 2008 Sterrehof’s Opium and Marc were even able to excell during the Games in Hong Kong. After a fourth place in the team competition, a never expected seventh place in the individual ranking followed. What a way to bring the Sterrehof brand at the top of the sport!

2.
Due to the successes of Marc and Opium in 2009 -i.a. 1st Nations Cup Calgary, 2nd Nations Cup CHIO Aachen and 3rd Grand Prix Rotterdam– a start at the European Championships in Windsor was not a surprise. The icing on the cake was the selection of Sterrehof’s Pherna and Julia for Austria, which meant two Sterrehof horses at the biggest championship of that year.

3.
What beautiful memories the year 2012 has given us! Sterrehof’s Tamino made a great comeback after a long injury. Already at the beginning of the summer, he and Marc gave us goosebumps by winning the Grand Prix of Rotterdam.

4.
We could also cheer during the Olympic Games in London, for which Tamino and Marc qualified just in time. Two flawless clear rounds seriously contributed to the celebrated team silver for the Netherlands, after which the individual competition resulted in a beautiful 9th ​​place. 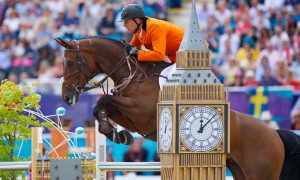 5.
2012 finished in style. After Tamino and Marc first won the Gucci Masters in Paris, they also excelled in the British capital by winning just before Christmas -so ten years ago- the World Cup competition at London Olympia.

6.
In 2013, Marc competed in his first and only FEI World Cup final up to now. Thanks to the combined jumping forces of Sterrehof’s Uppity and Tamino, he finished seventh in Gothenburg. After that, Tamino won the Nations Cup in Aachen with the Netherlands, but unfortunately got injured for quite a long time.

7.
At the age of eighteen(!) Sterrehof’s Opium still clinched a fifth place in the 2014 Grand Prix of Rotterdam. At the beginning of 2015, he said goodbye to the sport during Jumping Amsterdam after a long successful career at the highest level. What an emotional moment! 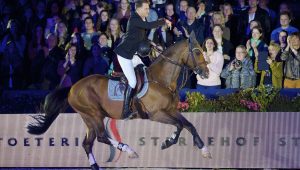 8.
2017 was the year of the definitive breakthrough of Sterrehof’s Calimero, who has already been with us at a very young age. Shortly after his wonderful third place in the Rolex Grand Prix of the Dutch Masters, Calimero won gold at the national championship (opening picture), which meant the first Dutch title for us and for Marc.

9.
Calimero, still only ten years old, jumped one top result after the other in 2017. After finishing third in the Grand Prix of Rotterdam, he continued showing his impressive form in the most important class we know in show jumping and also took a third place in the Grand Prix of Aachen.

10.
The great 2017 season ended in style. Calimero and Marc won the FEI Nations Cup Final in Barcelona with the Dutch team, shortly after Calimero made his championship debut at the Europeans in Gothenburg, where also our breeding stallion Sterrehof’s Cayetano Z and Julia made an appearance. 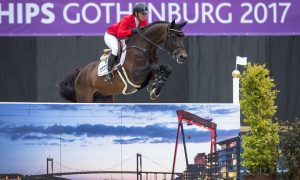 11.
Already in the first month of 2018 Calimero gave us the sweet taste of victory twice. After the Grand Prix of Drachten, a wonderful climax followed during Jumping Amsterdam, where he and Marc won the main class.

12.
A special moment could be noted at the end of 2018. During the first edition of the GCL Super Cup in Prague, with an historic amount of prize money, Calimero and Marc produced a serious contribution to Madrid in Motion’s stunning team victory.

13.
The highlight of 2019 was ‘home based’. After the Europeans in 2017 and the World Equestrian Games in Tryon 2018, Calimero took part in Rotterdam for his third big championship in a row. Deep into the final, he and Marc jumped a fantastic European Championship and finished eighth as the best Dutch combination. 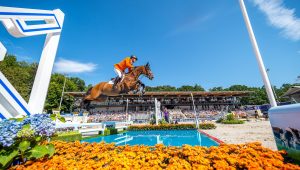 14.
In 2020, Sterrehof’s Dante played first fiddle an actually produced two highlights, one before and one after the corona outbreak. At the beginning of that year, our top mare won the World Cup competition of Jumping Amsterdam, after which she and Marc won the Dutch title at a hot championship in the Summer. 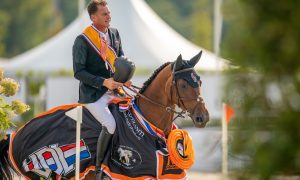 15.
At the delayed Tokyo Games we were able to record the third Sterrehof horse at an Olympic Games thanks to Dante, although the experience was clearly different from previous times. Therefore the victory of the Dutch team in Rotterdam, with Dante and Marc in the orange squad, was perhaps the emotional highlight of 2021.

Sterrehof Stud always offers talented showjumpers in several age categories. Please click the image for more details on that particular horse or refer to the overview. Please contact us for more information on the horses currently for sale at our stud.

Three years after Marc and Sterrehof’s Dante N.O.P. fantastic victory, Jumping Amsterdam was finally back on the calendar.

For us, the CSI2* of Exloo was all about the return of Sterrehof’s Dante N.O.P. at the international stage and gaining